Workers must struggle for their pay from the corrupt supervisor of the freight yard in a city in Northeast China. The supervisor is trying to make extra money from the shipping of goods to Taiwan by the Nationalists prior to liberation....

Station Director Pu has many problems as his small Fengting railway station changes into a bustling transport hub....

During the 1936 Long March some Red Army soldiers and Tibetans join forces against a warlord....

The Gang of Four orders a major railroad disruption....

Struggle for leadership of the Dongshanwu Cooperative.... 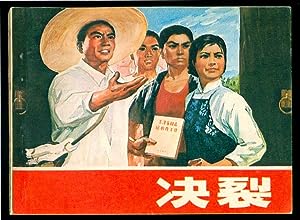 An army officer has a chance encounter with a young soldier, the son of an old comrade in arms. The soldier tells the officer he has a sister who is also in the army. When the young soldier......